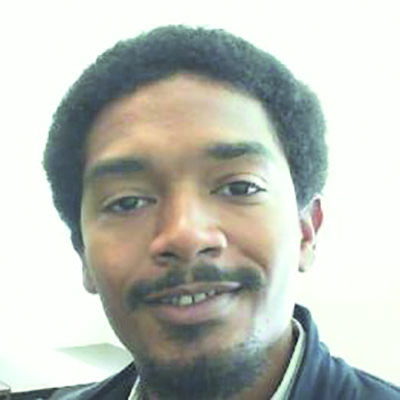 SerieMcDougal, III, Ph.D. is a member of  The Association of Black  Psychologists, Bay Area Chapter  and Professor, of Africana Studies Dept. at SFSU

“The dark hour is the hour when you apparently seem to be losing out, yet you have courage enough to fight on until victory comes your way.” (Garvey, 1921)
Both Malcolm X and Marcus Garvey shared messages of critique and encouragement for Black leadership. They seem to center around the notion of courage.

The language of leadership is in high use at the present moment. The midterm elections are complete and the voices of our ancestors echo in our ears, or… perhaps they should be echoing. Talk of African-American/Black voters holding the balance of power was a part of the recent narrative. African-American candidates gained seats across the country. African Americans were being encouraged to exercise their vote. In light of this current momentum, this short article is meant to recall the voices of Marcus Garvey and Malcolm X on the pitfalls of Black leadership. Why be reflective now?
We are 50 years past the Kerner Commission Report, the assassination of Martin Luther King, Jr., and the founding of Africana Studies (Black Studies). Now is the time to reflect. Garvey and X’s critiques of Black leadership during their own times inform what Black people should be wary of in the present. Marcus Garvey argued persistently that Black leaders must unapologetically represent the true sentiments of Black people (Garvey, 1921). One of his ongoing critiques of Black leadership was what he identified as a tendency to abandon the interests of Black people when the hour is dark or under pressure from people in positions of power. According to Garvey, most great victories are won at the turning point of the darkest hour.
This turning point for Garvey is when the hour is dark and you seem to be losing out, yet you fight on until victory is won. It is at this point that Garvey warns that Black leadership too often abandon the goals of Black populations and begin to follow the paths being paved by those in positions of relatively greater power and privilege. The conditions of the masses of Black people in the U.S., for Garvey, was more the fault of false Black leaders than it was the masses of Black people themselves. Outside of electoral domestic politics, Garvey encouraged Black people to form organizations that look out for the interests of the masses of Black people.
Similarly to Garvey, Malcolm X critiques Black people who have been granted privilege in society and are groomed, publicized and promoted as spokespersons for Black people. These Black people are then used against Black people who are struggling for liberation or revolution. More specifically, he argues that Whites with resources use their money to influence Negro leaders to alter their agendas and compromise the ambitions of Black people. In fact, Malcolm X challenged the notion that such leaders were African-American or Black leaders at all, which is why he called them “Negro” leaders. Another one of his critiques was that Negro leaders had the tendency to create a narrative that depicts Black people as satisfied while they are suffering from oppression. It is their job to make everyone else feel that things for Black people are not as bad as they seem and that Black people are willing to be patient and long-suffering.
To Be Mentally Healthy, Post Mid-Terms Marcus Garvey and Malcolm X advocated for true Black leaders to emerge from the masses to form organizations that represent the “true interests” of Black people. They should be courageous and uncompromising in their advocacy and demonstrate a commitment to Black advancement and development. Support for our vested interests should continue to be the criteria by which we evaluate Black leadership. Our vested interests should also serve as the foundation for developing emerging Black leadership. During this Post Mid-term election time, it should be clear that the socio-political climate being created by the 45th president of the United States, Donald R. Trump, represents a class war and an era of psychic terrorism (Nobles, 2015), where we as Black people are both targets and collateral damage.
In this darkest hour, we cannot afford to be confused about what our vested interests are. As Black psychologists, we recognize that by vested interests is meant those things, attributes, and positions belonging to and consistent with the benefit, growth, development and advancement of Black people. For Black people, it is psychologically healthy to recognize that “every choice we make and every chance we take,” whether it be about a job, a school to attend, a politician to vote for, or people to hang out with, should be guided by how does this act support and advance the vested interests of Black people to be more competent, more confident, and to walk in the world with unlimited potential and possibility.
The ABPsi-Bay Area Chapter is a healing resource. We can be contacted at ([email protected]) and readers are welcome to join with us at our monthly chapter meetings, every third Saturday at the West Oakland Youth Center from 10 a.m. to 1 p.m.