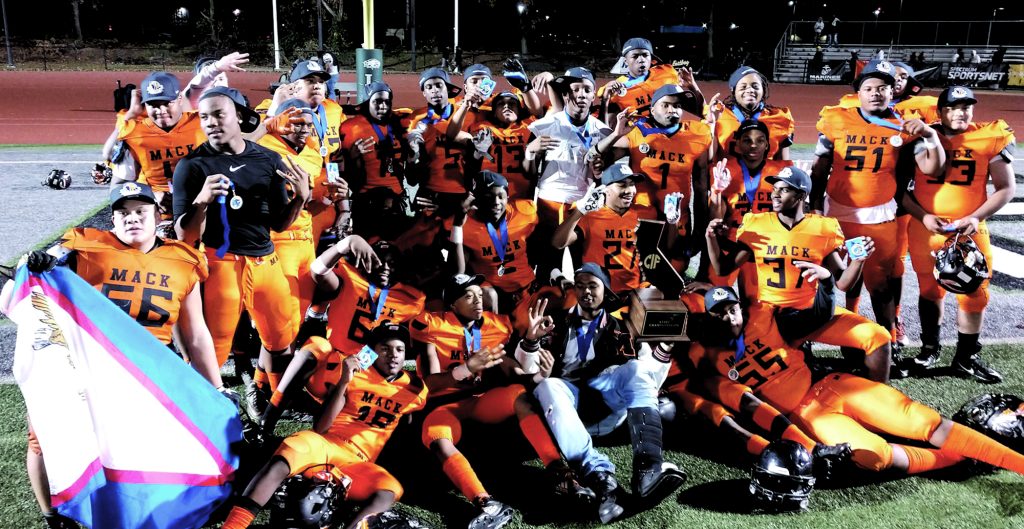 This is the Warriors third straight State Championship, which is a first for any California Interscholastic Federation (CIF) team.
The Mack Warriors won the California Division 4A Championship Saturday, Dec. 15, after beating Garfield High of Los Angeles by a score of 32-6. The game was held in the football stadium at Laney College in Oakland.
The planning for school, district and city celebrations is underway and will be announced

Book Review: “What Set Me Free”

“Second Chance” Team from Vericool to Support Over 150 Richmond Single-Parent...