Californians now have a third, nonbinary gender option when applying for their driver’s license or identification card. Governor Jerry Brown signed Senate Bill 179 in October 2017, allowing applicants to self-certify their chosen gender category of male (M), female (F), or nonbinary (X).
The bill took effect Jan. 1, 2019, and those applying for an original license or renewal will see the option on their applica­tion. Those wishing to change their gender are encouraged to schedule an appointment to do so. 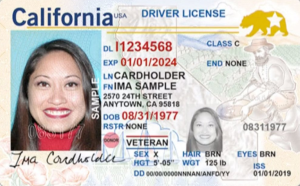 The gender selection is self-certified, and requires a signature under the penalty of perjury that the selection accurately reflects the applicant’s gender identity, and is not intended for fraudulent purposes.
Democratic state Sen. Toni At­kins, who helped author the bill, said in 2017, “I want to thank Gov. Brown for recognizing how difficult it can be for our trans­gender, nonbinary and intersex family members, friends and neighbors when they don’t have an ID that matches their gender presentation.”
Alon Altman, a Bay Area nonbinary person, livetweeted their experience at the DMV on Jan. 2, the first day they could schedule an appointment to change the gender on their li­cense. Follow the thread here: https://twitter.com/epsalon/sta­tus/1080516979667042304
Although there is no fee as­sociated with changing the gender category, Altman’s ex­perience reveals a $28 finger­print fee, which Altman called an “enby tax”—a tax on being nonbinary.
Altman tweeted at Sen. At­kins: “Thank you for your work, Senator Atkins. I am proud to be one of the first Californians to apply and be approved for a nonbinary driver’s license.”

“Creating Joyful and Effective Schools” – Educators to Speak at Oakland...