Rep. Karen Bass (D-Ca­lif.) will serve as chair of the Congressional Black Caucus (CBC) for the 116th Congress, for which caucus members will chair five full House commit­tees and at least 28 House sub­committees.
Bass, 65, was the first-ever African-American woman to become speaker of any state legislature in the United States.
The CBC, which was estab­lished in 1971 to bring Black members of the Congress to­gether, will also add nine new representatives, growing their numbers to 55 — the first time the organization will have more than 50 members.
During her time as speaker of the California State Assem­bly, California faced its worst economic recession since the Great Depression.
However, Bass worked with then-Gov. Arnold Schwar­zenegger and Republican col­leagues such as then-California state Sen. and former Senate Republican Leader Darrell Steinberg to pass a budget that eventually earned her the 2010 John F. Kennedy Profile in Courage Award for her biparti­san negotiating efforts.
“The richest country in the history of the world should be able to ensure that its people can afford health insurance. Health care is a human right, and at­tacks on the Affordable Care Act hobble our health care sys­tem,” said Bass in an interview recently with Elle Magazine.
“Know that this attempt will fail like the others and that come January 3rd, a new Congress will be sworn in that will be working for the people again,” she said.

Post Photographer Laura Wong Presents at “A Day in the Life...

Opinion: To Help Venezuela, The U.S. Must Use Diplomacy, Not a... 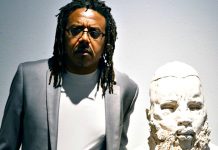 Opinion: Census Data Won’t Be Used Against You: A Call for...