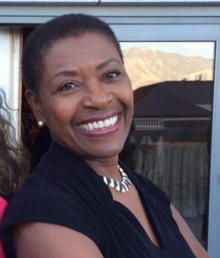 On Sunday, Jan. 6, while the rains deluged with torren­tial force, people from all over Contra Costa County, San Francisco, Alameda County, and the Bay Area converged upon the Bethlehem Mission­ary Baptist Church, Rich­mond, where Rev. Dr. Alvin C. Bernstine serves as pastor.

People, from all walks of life, races, colors, creeds, and sexual orientation braved the downpour, navigated around the wreckages of hydroplaned cars, and endured the winter chill and twilight to join in an interfaith service of celebra­tion, worship and thanksgiv­ing to celebrate history in the making—the election and swearing-in of the Hon. Diana Becton, retired judge of the Superior Court of California as the 25th District Attorney of Contra Costa County.

It took 167 years and the forward-thinking citizens of Contra Costa County to seize the moment and elect Diana Becton, the first woman and the first person of color to hold the highest-elected office of law enforcement in the county despite formidable opposi­tion with a sizeable campaign purse.

So they enthusiastically gathered within the intimate walls of her church to cel­ebrate.

The celebration included soulful singing by the Beth­lehem Missionary Baptist Church Choir, led by Dr. Don­nell Thomas; a solo, “Oh Free­dom!” by retired United Meth odist minister, Rev. Roger Kimble, III; a Jewish rendition of Pitchu b’chesed (Open up in justice and love) by Jennie Chabon, accompanied by Lisa Zieler, B’nai Tikvah, Walnut Creek, and a stirring rendition of “God Bless the Child That Has His Own” by Naomi Smith, Ujima Recovery Services.

Rev. Charles Tindsley, retired Chaplain of Contra Costa Juve­nile Center and organizer of the event, was able to include youths Joshua Barlet, Jeffrey Chao, and William Ponce-Ramirez as fea­tured readers of scripture.

However, the evening’s historical significance was powerfully elucidated in the sermon delivered by the inimitable Dr. Amos C. Brown of the Third Baptist Church, San Francisco.

Dr. Brown, with encyclopedic acuity, challenged the crowd to ponder the racist legacy of Western Civilization, including Amer­ica and the Christian church. His brilliance to quote substantive texts, and legendary thinkers, brought to bear the significance of the moment. After providing a scathing critique of what the “mo­ronic” Trump presidency implies about America, he encouraged D. A. Becton, and the witnessing congregation, to embrace the mantle of the prophet Micah, “to do justly, to love mercy, and to walk humbly with your God.”

After being introduced by Contra Costa Supervisor John Gioia, district attorney Becton graciously thanked the citizens of the county for entrusting her with the responsibility to serve. She offered historical perspective and shared an impressive account of noted accomplishments within the office, as well as her hopes and dreams within the office of the District Attorney. Pastor Ber­nstine read the Prayer of Consecration prepared by the Reverend Dr. J. Alfred Smith, Sr., the pastor of her early spiritual formation. The Sisters of Bethlehem provided an impressive assortment of culinary treats to complete a historical night in Richmond.

Challenges Faced by Asians and Latinos at End of Life Care...