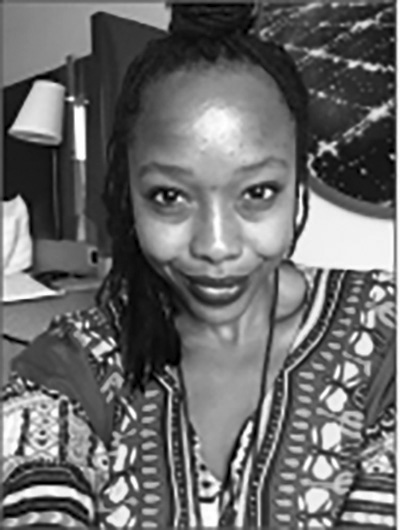 Sexuality in the Black com­munity has always required an increase in awareness, from Dr. Na’im Akbar’s “Break­ing the Chains of Psychologi­cal Slavery” to Salt-N-Pepa’s “Let’s Talk About Sex” lyrics.

The silence about our sexual experiences has its roots in the history that was created dur­ing our enslavement and the unbridled savage rape of cap­tive African men, women, and children.

The selective breeding of males and the created female sex-slave produced and sup­ported ideas in the Black self that included personal shame and guilt, which fostered a life of secrecy. Reporting victim­ization created problems for victims’ mental health, reputa­tion, relationships, and liveli­hood. Potential consequences of reported sexual violence can cause ruptures in family relationships, hypersexualiza­tion, inappropriate interper­sonal boundaries, intimacy challenges, low self-esteem, depression, anxiety, and sub­stance use.

It is no surprise that victims would silence their sexual traumas for protection of self, family, and community. This unaddressed historical and contemporary secrecy contin­ues to perpetuate disregard for the sanctity of Black sexuality and proper sexual relations. This silence continues and is evidenced in modern-day sta­tistics:

– For every Black woman who reports a rape, there are at least 15 Black women who choose not to report sexual as­sault/victimization/violence.

In consideration of these staggering statistics, it must be reiterated that most inci­dents of sexual abuse are not reported.

Various literary and artistic movements throughout Black culture have exposed the si­lence of sexual abuse and lack of sexual health awareness in the Black community. Several literary works, including “The Color Purple,” “The Bluest Eye,” and “For Colored Girls Who Have Considered Suicide / When the Rainbow is Enuf,” have broken the silence on in­cest, domestic violence, sexual assault, lack of sexual health knowledge, and mental health experiences with the Black community.

The exposure of these issues continued into more contem­porary popular culture, like the 1990s hip-hop trio Salt-N-Pepa’s “Let’s Talk About Sex,” and the comedy sets of Chris Rock, Kat Williams, and Dave Chappelle, all of which illumi­nate the lack of conversation on sexual abuse in the Black home.

Although these artists have highlighted these issues, it is imperative that we begin to discuss sexual abuse and sexual health within the Black community. While we did not create this problem of silence of sexuality and sexual vio­lence, it is ours to resolve. It is important to break the silence of sexual abuse in the Black community and to assist our­selves and our communities in increasing vigilance and under­standing of these public health and social challenges.

As a practicing psycholo­gist in sexual violence, I have facilitated numerous psycho­therapy sessions where Black youth and adults have reported not being aware of concepts such as: sexual health, sexual development, consent, age ap­propriateness, rape, and sexual abuse. Even fewer clients have awareness of ancient African truths of Ma’atian principles of right conduct or traditional African meanings of manhood, womanhood, intimate partner­ships, sexuality, or familyhood. These concepts are at the foun­dation of sexual health, sexu­ality, relatedness, and sexual behavior. The current state of discussion of these topics dem­onstrate limited conversation about these issues, which his­torically and currently plague our community.

The purpose of this article is to reignite conversations about individual and commu­nity health in the Black com­munity. We can look to the works of Black psychologists, particularly Black women psy­chologists like Linda James Myers, Kamilah Woodson, Nz­inga Warfield Coppock, the late Frances Cress Welsing, and Nancy Boyd-Franklin to assist in increasing conversations and our awareness of sexual health and wellness.

I extend an invitation for the community to utilize this article as a sounding board to begin conversations with fam­ily, friends, and loved ones about sexual health and sexual abuse. I encourage you to allow this article to create spaces for openness and acceptance for youth and adults to feel safe to report experiences of sex­ual abuse or sexual behavior. Moreover, this article is writ­ten to de-stigmatize the topic of sexuality, sexual health, and sexual abuse in the Black com­munity, since it is entrenched in the fabric of our individual and community psychology. If we begin with these conversa­tions, enhanced awareness and subsequent healing can begin.

The Association of Black Psychologists, Bay Area Chap­ter (ABPsi-Bay Area) is com­mitted to providing the Post Newspaper readership with monthly discussions about critical issues in Black Mental Health. The ABPsi-Bay Area is a healing resource. We can be contacted at ([email protected] gmail.com) and readers are welcomed to join with us at our monthly chapter meeting.

Free Workshop on Mental Illness and Substance Abuse for Families

Online Archive of Hispanic Literature Available from Library of Congress