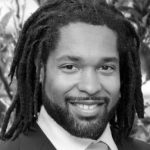 According to the report, Oakland police spent nearly an hour observing Mr. Pawlik while he lay on the ground, yet it took mere seconds for officers to kill him as he allegedly began to regain consciousness.

In January 2019, internal investigations by the Oakland Police Department (OPD) concluded that the officers’ use of lethal force was “objectively reasonable,” and that only minor discipline should be imposed on two supervisors, Sergeant Negrete, and Lieutenant Yu, for leadership failures.

Chief Anne Kirkpatrick then reduced the recommended discipline for supervisory failures, in effect, allowing her officers to escape nearly all responsibility after killing a sleeping man.

Kirkpatrick’s findings caught the attention of Robert Warshaw, a former police chief who serves as the Federal Monitor and Compliance Director for Oakland’s long-running Negotiated Settlement Agreement, a 2003 federal court settlement that was only supposed to last for five years.

In his report, Warshaw found that Kirkpatrick’s assessment was “disappointing and myopic,” and that OPD’s internal investigations were “deficient, non-invasive, and replete with leading questions that served as attempts to support the justification of the officers’ actions.”

Warshaw reversed Kirkpatrick’s findings, stating that the officers’ use of force was unlawful, and that Kirkpatrick had not, “adequately considered the event as a whole.”

In the months following, Oakland’s Police Commission has been waiting for CPRA to present their independent findings to the Commission for review and discussion.

Under the City Charter, when there is a conflict between OPD’s findings and CPRA’s findings, the Police Commission forms a Discipline Committee to make a final decision on officer discipline.

The report released by CPRA last Friday–after a year of supposed investigation—is a deeply disappointing rubber-stamp of OPD’s shoddy internal review. CPRA’s report shows that the agency failed to conduct an independent investigation, in part due to delays by OPD.

In its first year of oversight, the Police Commission has confronted obstruction at every turn, and CPRA’s report demonstrates that the consequences of this ongoing power struggle include a police department that is failing to adjust to civilian oversight, and a civilian review agency that was unable to produce an independent report for the Commission to review.

CPRA was not called to the scene. Four months after her officers killed Mr. Pawlik, Kirkpatrick had only provided CPRA with body camera footage and photos of the scene. CPRA’s investigator did not receive further materials from OPD for another six months.

It does not appear that CPRA conducted much of an investigation while waiting for OPD to turn over evidence. The Police Commission’s Enabling Ordinance requires that CPRA investigators videotape interviews of officers who are accused of serious misconduct. According to CPRA’s report, the investigator conducted only one interview.

Joan Saupé, the assigned investigator, wrote that, “Further interviews were not conducted due to concerns as to the reliability of the information given the time that has passed.”

CPRA’s report represents an unacceptable systemic failure. The Police Commission should reject the OPD-based book report written by CPRA, and demand that an actual independent investigation take place. It’s time for Mayor Libby Schaaf to get off the sidelines and fulfill her 2016 campaign promise to reform OPD.

The City Administration that she leads has produced several roadblocks that have resulted in violent police officers nearly escaping accountability for their actions. Libby claims that she’s “Oakland Tough.” It’s time for the Mayor to prove it by ending her administration’s obstruction of the independent Police Commission.

Henry Gage III is an attorney and member of the Oakland Coalition for Police Accountability.

M. Lisa Bowie-Moon, 56, Skyline Graduate Passes With No Regrets for Her Life