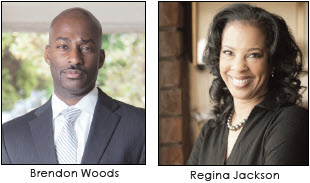 The Oakland City Council this week unanimously ap­proved a policy requiring of­ficers to have a reason before searching someone who is on probation or parole.

The new policy, the first in the state, limits the right of officers to conduct warrantless searches of parolees and probationers without reason, which is cur­rently allowed by state law, even during routine traffic stops.

The policy will not go into effect unless it is approved by Robert Warshaw, Oakland fed­eral court-appointed monitor.

After the adoption of the pol­icy, Council President Rebecca Kaplan said that Oakland must “ensure that OPD is not stopping and searching people unless there is a valid reason to do so. This policy can also help reduce racial disparities in policy and strengthen community-police relations.”

Police Commission Chair Re­gina Jackson said, “This policy content sends a message to the community that the Oakland Po­lice will no longer presume our citizens’ engagement with crim­inal history…This is a huge step in the right direction concerning culture shift.”

Rashidah Grinage of the Co­alition for Police Accountabil­ity called the council decision “a major victory for the Police Commission and a landmark re­form in police practice in Oak­land.”

The council debated two versions of the policy change on Tuesday – one proposed by the police department and a stronger one from Oakland’s police commission, which the council adopted.

Henry Gage III of the Oak­land Coalition for Police Ac­countability supported the commission’s version, say­ing it “reduces the wiggle room that officers so often use to avoid discipline when the spirit of the policy is vio­lated.”

Speakers supporting the new policy included four women from Urban Peace Movement, KD Dixon who works with All of Us Or None, and Youseef Elias from the AC Public Defenders Office, who provided important per­spective for the commission’s draft.

“This is an amazing accom­plishment by the Oakland Po­lice Commission and the City of Oakland,” said Public De­fender Brendon Woods, writing on Facebook.

“Happy that our office was able to contribute to this histor­ic policy,” Woods said. “It will prevent Oakland police officers from arbitrarily stopping and automatically searching mem­bers of our community simply because they are on probation or parole.

“Too often, police use searches and detentions to tar­get people of color. This policy will help eliminate public mis­trust and result in a safer com­munity for everyone. However, in order for the policy to have an impact, there must be con­sequences if it is not followed.”

Giants lose a tough one to the Yankees

Warriors Get Historic 73rd Win In Victory Over Grizzlies

Disability No Barrier to Science

2019: A Significant Anniversary for African Americans

Rainbow Teen Center, a “Hidden Jewel,” was built in 45 days