As presidential hopefuls look to secure the Black vote, it is perfectly clear that a discussion concerning reparations is unavoidable.

Not only is it unavoidable, but it is also necessary, because the deeper that we move into this discussion, we will discover how complicit the American church was, and is still engaged into the furtherance of racism in America.

It is mandatory that if any form of reparations is apparent, it should be ecclesiastical reparations, where the church sees everyone the way that Christ does.

However, when we look at the historical stance of the church and race, we will uncover that God was for whites only and that people of color, and people who were indigenous, were not perceived to be worthy of God’s favor.

This created the perception that God’s will for people of color, was to live a life in servitude to God’s white worshippers.  Let us take for instance the curse of Ham in the Bible.

The text says, “When Noah awoke from his wine and found out what his youngest son had done to him, he said, “Cursed be Canaan!  The lowest of slaves will he be to his brothers.”

The hermeneutic of this text tells us it was Noah who said “curse,” and not God.

George Whitefield was one of the first influential preachers and evangelists of the 18th century.  Early on, Whitefield had clear convictions on treating enslaved people as human, while at the same time supporting slavery as a necessary part of the American economic construct.

Billy Graham was no doubt the most influential evangelists of the later part of the 20th century in America.  His spiritual leadership to presidents of the United States was a reality.  However, when Brother Graham began to move as a spiritual leader in America, which was right on the heels of the Franklin D. Roosevelt administration, he changed the way that America looked at God.

But when Dr. King began to gain momentum with the civil rights movement, strangely enough, Graham became silent during a time in history when he should have been more sincere about God’s restoration to people who have been oppressed.

In his book, “The color of Compromise: The Truth about the American Church’s Complicity in Racism,” Jamar Tisby said, “The failure of many Christians in the South and across the nation to decisively oppose the racism in their families, communities, and even in their own churches provided fertile soil for the seeds of hatred to grow.  The refusal to act in the midst of injustice its itself an act of injustice.  Indifference to oppression.”

The church can be the trump card that will either help or hinder the achievement of reparations in America. 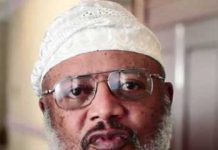 Opinion: Resistance to the Idea of Reparations May be Simply Psychological, Part II

Cecil Brown: Present for Pryor’s rise, and his demise.