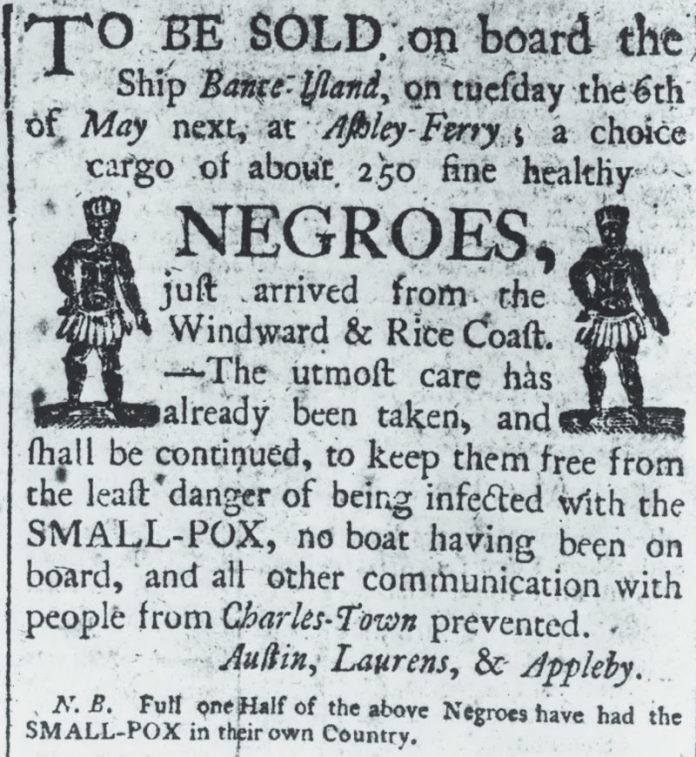 Terrifying news had reached Boston: the infectious, debilitating disease Smallpox had reached the colonial town and was spreading rapidly. Its first victims, passengers on a ship from the Caribbean, were shut up in a house identified only by a red flag that read “God have mercy on this house.”

Hundreds of Bostonians fled for their lives, but the 1721 epidemic wiped out more than 14% of the city’s population.

As death took over the city, an enslaved West African known only as Oneseimus suggested a potential way to keep people from getting sick. He described a process of rubbing pus from an infected person into an open wound on the arm. Once the infected substance was introduced into the body, the person who underwent the procedure was inoculated against the disease.

What Oneseimus proposed was not a vaccination, but it did trigger the recipient’s immune response and protected against the disease most of the time. Cotton Mather, the Puritan minister who had purchased Onesimus’, was intrigued by his slave’s idea. He and a doctor, Zabdiel Boylston, undertook a bold experiment to try to stop smallpox in its tracks.
In previous years, Mather didn’t trust Oneseimus, having described his behavior as “thievish,” and calling him “wicked” and “useless.” He looked down on what he called the “Devilish rites” of Africans and worried that enslaved people might learn to rebel. But after Onesimus shared with him an approach to the disease, Mather then considered Onesimus “a pretty intelligent fellow.”

Oneseimus admitted that he had had smallpox, and then didn’t. He “had an operation, which had given him something of the smallpox and would forever preserve him from it…and whoever had the courage to use it was forever free of the fear of it.”
Fascinated, Mather spoke with other slaves about this procedure, a practice he then learned had also been used successfully in Turkey and China. With the hopes that the process would further prevent smallpox, Mather began to spread the news throughout Massachusetts but had no idea how unpopular the idea would be. Mather soon felt the wrath of his fellow white Americans.

The same prejudices that caused Mather to distrust Oneseimus made the white colonists reluctant to undergo a medical procedure developed by a Black man. Mather was ridiculed, threatened and shunned by other preachers. But in 1721, when the smallpox epidemic took over Boston, Mather and Boylston got their chance to test the power of inoculation.
Boylston inoculated his son, his slaves and other residents in Boston. Of the 242 people inoculated, only six died. One in 40, as opposed to 1 in 7 deaths among the population of Boston who didn’t undergo the procedure.

Whether Oneseimus lived to witness the success of the technique he introduced to Mather is unknown. The details of his later life, other than the fact the he partially purchased his freedom, are unclear. What is clear is that the knowledge he passed on saved hundreds of lives, and led to the eventual eradication of smallpox worldwide.

Mayme Agnew Clayton Kept a Cache of Black History in Her L.A. Garage

Never to Late – At 67 Ms. Jules Graduates from UC Berkeley with Masters in Social Welfare

After Blackouts, No One’s Feeling Empowered – Not Frustrated Customers,...

Widening the Scope of Black History