The ordinance is designed to break down a major barrier, beyond high rental costs, that keeps many formerly incarcerated people from finding a place to live for themselves and their families, leading many of them to end up homeless after leaving prison.

A recent survey found that 73% of unhoused residents in Oakland encampments were formerly incarcerated, according to a city report on the proposed ordinance.

The proposal was originally brought to the city by the Alameda County Fair Chance to Housing Coalition, which includes All of Us or None, Legal Services for Prisoners with Children and Just Cities. The coalition worked closely with City Attorney Barbara Parker’s office, which drafted the ordinance and co-sponsors District 2 Councilmember Nikki Fortunato Bas with Larry Reid and Dan Kalb. Also supporting the proposal at CED were Councilmembers Noel Gallo and Loren Taylor.

With a few exceptions, the law would prevent landlords from asking about or requiring the disclosure of an applicant’s criminal history, from advertising or using a policy that excludes people with criminal history or taking any adverse  action against a tenant or applicant, based on their criminal history, such as evicting a tenant or charging someone higher rent or security deposit, Lane said.

“We believe this ordinance is a valuable and immediate solution to the housing crisis,” said John Jones III, who is a staff member of Just Cities and campaign director of the Fair Chance to Housing Coalition.

“This impact does not lie solely with the individual who has a criminal record,” he said. “These barriers are extended to family members, to loved ones, to children.”

In its research, Just Cities “discovered that the criminal background databases that landlords rely on are extremely flawed,” she said. “We also know that there are…extreme racial disparities…in every step of the criminal justice system.

Noting that the city is strapped for resources, Lin said that Just Cities is willing to provide a pro bono annual evaluation of the implementation of the ordinance for the first two years.

Among the other cities that are already acting on this issue are Portland, Seattle, Richmond and Berkeley, she said.

Succatti Shaw, a member staff of All of Us or None and Legal Services for Prisoners with Children, spent five years in prison. She said that because of the way her charges were written, making it seem like she manufactured meth, she is ineligible for affordable housing.

“I have a lifetime ban against me. I served my time, but now I’m serving time because I’m not seen as a human being,” she said. “I’m thanking you all for a chance to house my children (and) myself. We thank you for being stand up men and women.”

Taqwaa Bonner of All of Us or None said, “I am one among thousands of men and women who have been forced to live out in the streets of Oakland.  I just served 30 years and two months straight in our California prison system.”

Released three years, ago, he lived in transitional housing for three months and was then “kicked out,” he said.

He said he could not live with his mother because her private apartment complex had a rule against felons living there. “I couldn’t live with my two sisters or my daughter because all three of them have Section 8 housing,” he said.

“I was born and raised in Oakland,” Bonner said. “I have employment in Oakland, (but) I cannot live in Oakland, solely based on my criminal conviction 30 years ago, which had nothing to do with tearing up someone’s property or not paying rent.”

The ordinance is scheduled to be heard on the consent calendar at the Jan. 21 City Council meeting.

Richmond Artist Helps Children Create and Publish Their Own Books 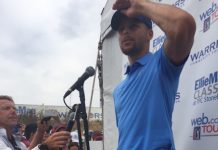 Curry’s Comeback Gives Him A Good Chance To Qualify

M-1 of Dead Prez Speaks Out in Exclusive Interview with the...