Dr. Raye Gilbert Richardson was born in Brinkley Arkansas in 1920 and raised in Waukegan Ill., by her father William Gilbert. Raye was 99 years of age when she passed away on Feb. 11, 2020, in Oakland, California.

Dr. Richardson attended Tuskegee Institute as a young teenager where she met her future husband, Dr. Julian Richardson who passed in 2000. They were married for 60 years and came to San Francisco in 1946 where Julian started Success Printing Co. in the Fillmore District. In 1960, Raye and Julian founded what is now the oldest Black bookstore in the nation – Marcus Books. Their library now consists of over 20,000 titles.

Drs. Raye and Julian had four children, Julian, Jr. (Mac) who passed in 1999, Blanche, Karen and Billy. Raye is also survived by nine grandchildren and nine great grandchilden. Dr. Raye earned a PhD from U.C. Berkeley and held an Honorary Doctorate from the Center for Urban Black Studies at Berkeley’s Graduate Theological Union.

Raye was appointed to various positions/commissions by four San Francisco mayors and two California govenors, including the San Francisco Library Commission and the California State Board of Medical Quality Assurance.
She was a columnist for the Sun Reporter newspaper and a regular commentator on the popular Ray Taliaferro radio show.
During her years of activism and leadership, Dr. Raye received hundreds of awards from community groups, political institutions and the media.

Known for her brilliant intelligence, her profound and eclectic knowledge, her critical thinking, her humor and wit, her untiring activism, her compassion and love of Black people, Dr. Raye impacted the lives of all who were fortunate enough to share in her life.
A public memorial is planned and the date is TBA. Raye’s wishes were that her legacy of Marcus Books be supported in lieu of flowers.

Summit on Creating Opportunities for Blacks in Tech

A Group Of Chicago Residents Are Starving Themselves To Save A... 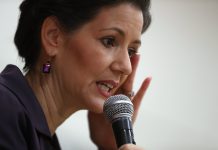 Questions About Oakland Promise: If It Wasn’t a Nonprofit, What...

Mansa Musa, King of Mali Empire, Was the Richest Man...