ABOUT THIS RESOURCE GUIDE 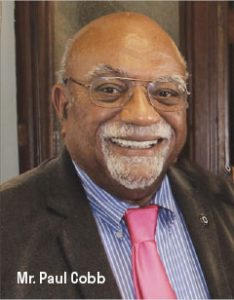 In 1965, the same year that President Lyndon B. Johnson signed the Voting Rights Act – and a year after he launched the national War on Poverty and approved the Civil Rights Act – he announced the beginning of another national campaign: the War on Crime.

This one marked the beginning of a decades long assault that chipped away at the pride, finances, family bonds and social cohesion of Black Americans.

Many scholars point to the War on Crime as the prequel to the War on Drugs that President Richard Nixon first launched in 1971. Data now show that the War on Drugs, arguably, did more to destabilize our African American families than the combined gains from the Civil Rights Act and Voting Rights Act did to strengthen our community.

Governments since Nixon – federal, state and local – passed legislation after legislation, particularly under Presidents Jimmy Carter, Ronald Reagan, George H.W. Bush and Bill Clinton that fortified, deepened and expanded the impact of the War on Drugs.

The effects the War on Drugs has had on African American and Hispanic American men, women and children around the country is measurable. Its deep-reaching impact is still dealing blows to the Black and Brown communities here in Oakland, across the state of California and around the country.

Even now, Black men and women alone, who comprise about 13 % of the U.S. population, account for more than 50 % of the country’s imprisoned people.

In California, Blacks are at least 10 times more likely to be imprisoned than Whites, based on the racial composition of our state’s prison population.

Between the mid 1960s and late 1970s, there was a massive influx of drugs into the United States from abroad. By the late 1970s, drug cartels had imported so much cocaine (not counting heroin and other illicit drugs) to the United States, that the street price of “coke” dropped by more than 80 %, reports the Drug Enforcement Administration.

Compounding the effects of the War on Drugs and the simultaneous increase in available illegal drugs, between 1980 and 1985, the country faced a steep decline in manufacturing jobs, which were one of the most important means of financial stability and upward economic mobility for Blacks until then. Those job losses, that had begun in the 1950’s and gained momentum in the 1970’s, devastated Black communities, especially in urban centers.

During that same period in the early 1980s, President Reagan as well as state and local leaders, began to roll back civil rights and affirmative action policies – as well as welfare programs and Medicaid programs – that had begun in the 1960s and 1970s. These policy changes had an adverse effect on local government contracting in urban areas that had benefited African Americans after the civil rights era. By 1985, the Black youth unemployment rate was four times higher than it was three decades earlier in 1955.

In California, the War on Drugs tore apart hundreds of thousands of African American and Hispanic American families, robbing them of fathers and mothers, daughters and sons, who the state locked up for a range of drug offenses. Among those crimes were minor ones like possession of small amounts of marijuana, which is no longer a crime here in our state and in a growing number of other states across the country.

Even here in Oakland, the disparity is clear – and angering.

Over the last 20 years, Americans have begun to critically examine and take a more honest look at how the War on Drugs has contributed to the wealth gap and the ongoing problems of poverty, crime, drug addiction, poor health, mass incarceration, mental illness, academic underachievement and other problems facing African Americans.

On Nov. 8, 2016, California voters approved the Adult Use of Marijuana Act, allowing the state to legalize marijuana use for people over 21 years of age. That proposition included in it a provision to establish the California Community Reinvestment Grant (CalCRG) program funded by excise and cultivation taxes on cannabis. The program was created

by the state and is managed by the Governor’s Office of Business and Economic Development. It assists groups that help Californians disproportionately affected by federal and state War-on-Drug policies to reintegrate into society with “trauma-informed” care.

But even before California began to reconsider its racist marijuana laws, Alameda County, a proud historical hub of Black pride and a leading center of African American civil rights organizing and ideas, was steps ahead. In 2016, the Oakland City Council amended its local medical marijuana regulation ordinance and launched an effort to create more opportunities for people of color to start marijuana businesses. Under this provision, the city prioritized people with prior convictions for marijuana-related violations.

It is against this painful past that the Oakland Post is joining hands with California Black Media and the California Community Reinvestment Grant Program to provide this resource guide as one small step in a much broader fight to make good for the death, disease and destruction the War on Drugs brought to doorsteps of our family members, loved ones and community as a whole.

We will provide a list of local places where our formerly incarcerated brothers and sisters and their families can access resources to help them re-integrate into society. We will also take a look at some of the ways – and how much (if at all) — the federal and state efforts to restore justice have benefited Black and Brown people across Alameda County.

The resources in this publication are especially vital at this time because of the many ways the COVID-19 pandemic has caused devastation in our communities – from death and illnesses to business closures, bankruptcies and job losses.

Please share this guide with your family, friends and people you know who can take advantage of the opportunities we present in this magazine.

Thank you for all the ways you show us love and consistently support the community journalism that the Oakland Post does here in Alameda County. It is up to all of us to hold our elected officials’ feet to the fire and continue to fight in whatever ways we can for justice and equality and for the share of the economic pie that America owes us.

Is an Employer or Landlord Using Your Felony Conviction Against You? Here’s What You Can Do

A Voice for Victims: Cal NAACP Is Clearing Criminal Records for Free